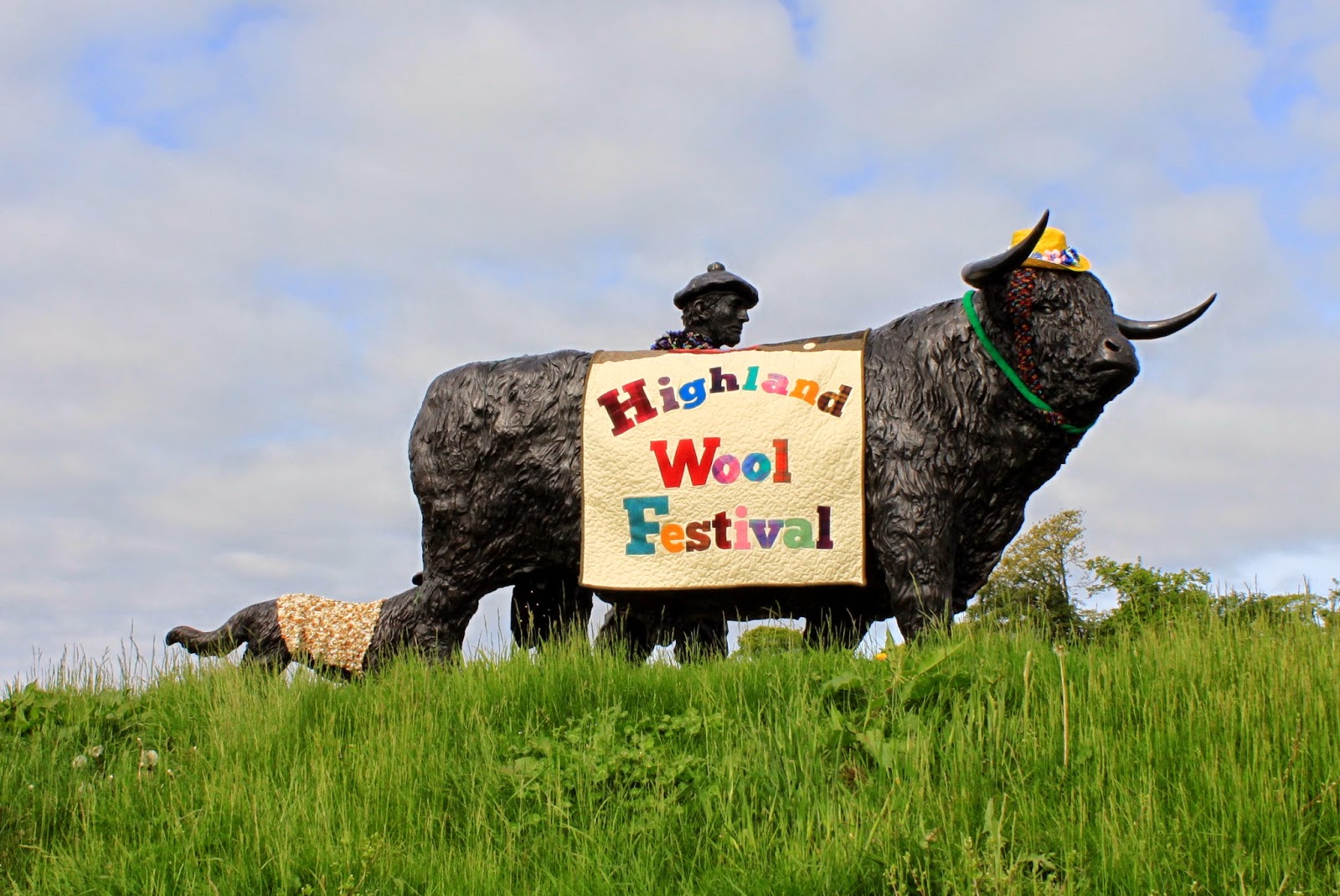 The first Highland Wool Festival was held on Saturday 24th May 2014 at the Dingwall Auction Mart in the north of Scotland. It was a lovely sunny day for my drive over from the west coast to the east. On arrival I was meet by a view of 'The Drovers' statue dressed for the festival occasion. The statue is in commemoration of 'The Highland Drover' and the historic achievements of the livestock breeders, farmers, crofters and drovers of the Highlands and Islands of Scotland. 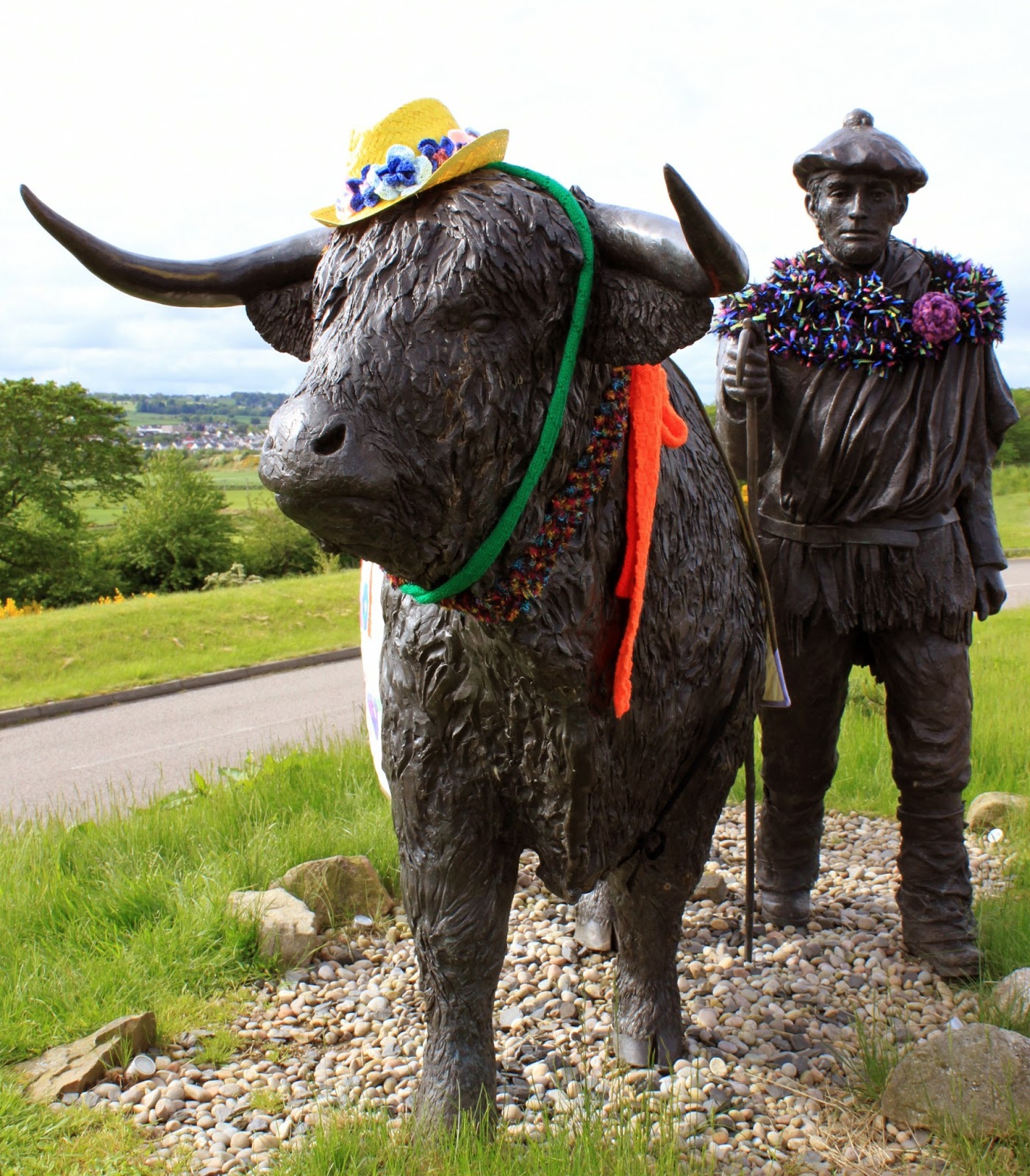 There were over 50 exhibitors at the Festival along with workshops, demonstrations and judging of a knitting competition. I met and chatted with lots of people, took lots of photos, saw lovely fibre crafts and made a few purchases of  yarn. Here in part one of my visit are images of three of the exhibitors. I'll be posting more later in the week.

Ripples Crafts
First I met Helen Lochheart of Ripples Crafts. She creates beautiful hand dyed yarns inspired by the stunning area of Assynt in the North Highlands of Scotland. 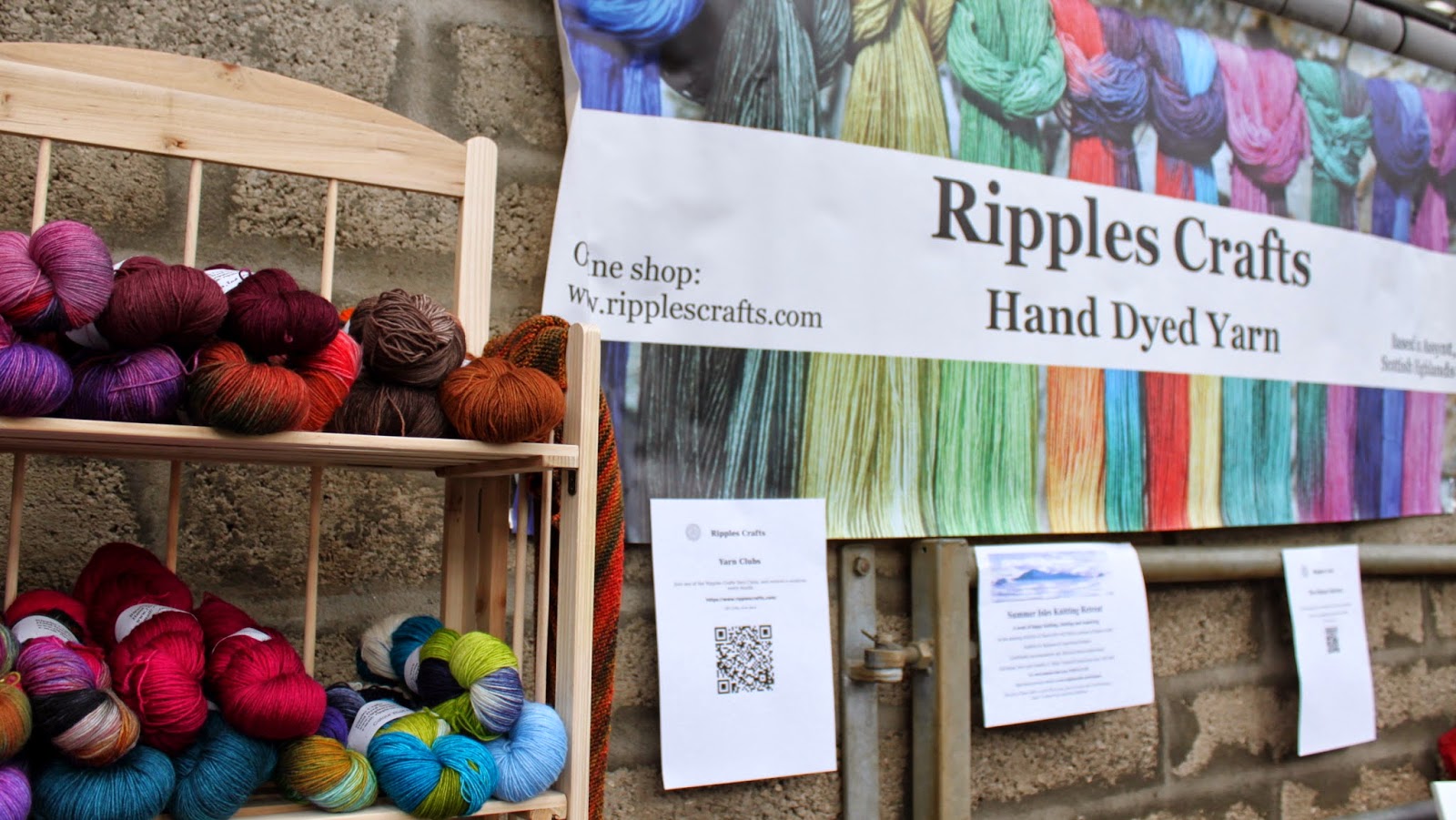 Helen's inspiration for her yarn club called The Post Office Run is influenced by the changing seasons and scenery on her journey to the post office. I had heard about this club and was interested to see the other yarns in her range too. The hand dyed yarn comes in various weights from lace through to aran and all in lovely colours and combinations. 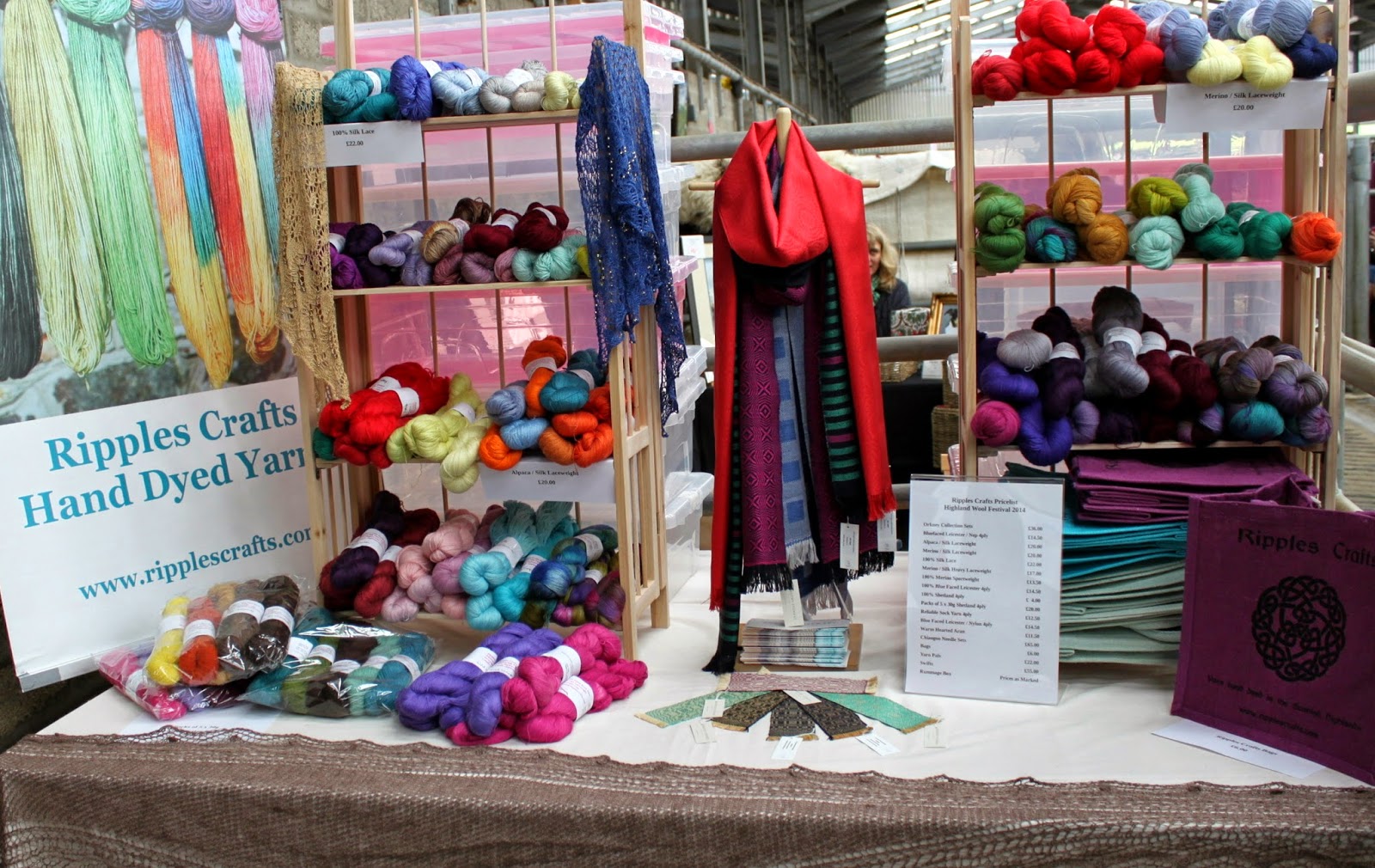 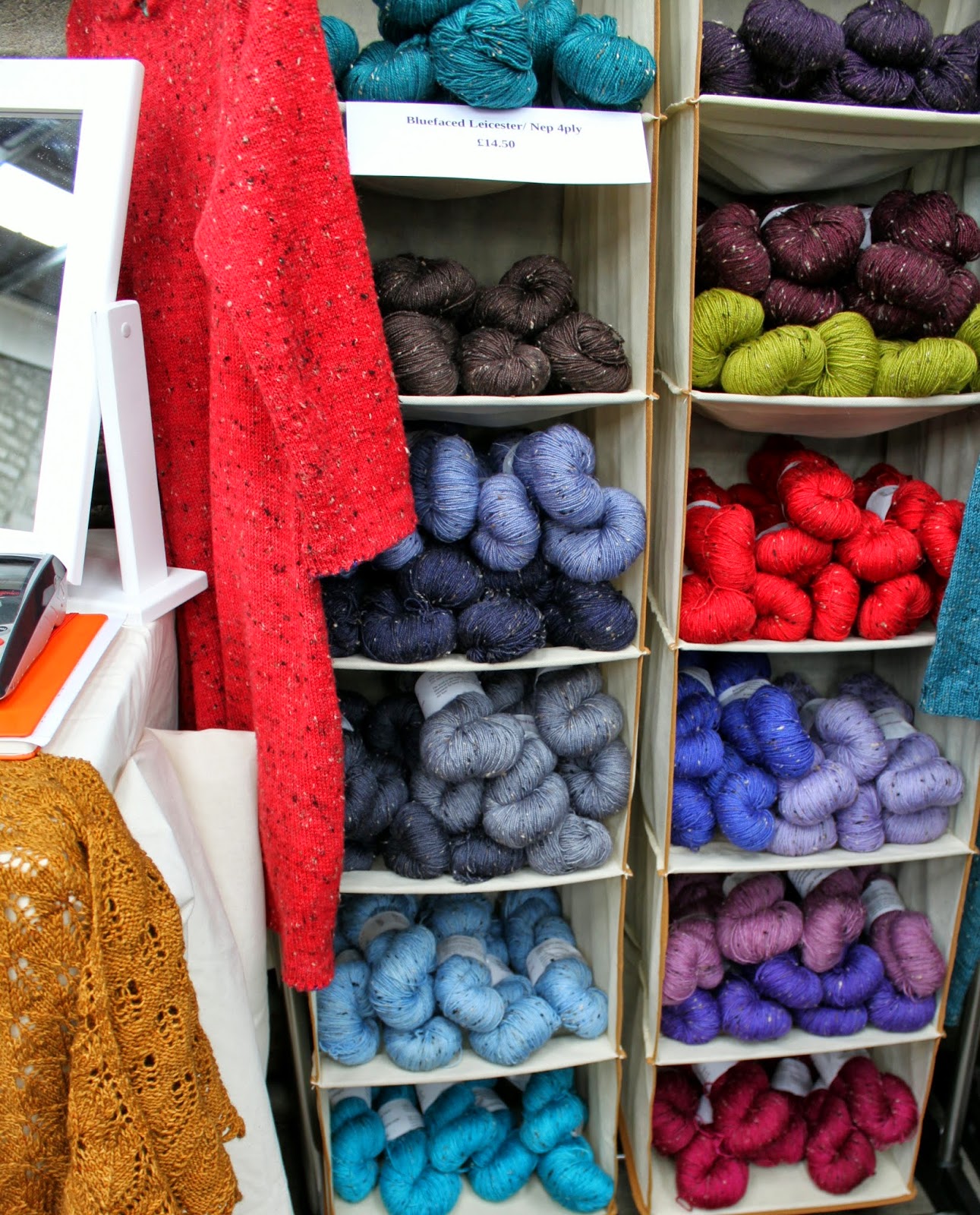 Croft 7
Next along the aisle I met up with Sheila Bates of Croft 7 who is also based on the west coast of Scotland not far from where I live. She is the creator of colourful textiles, accessories and wall hangings using traditional wet felting methods. 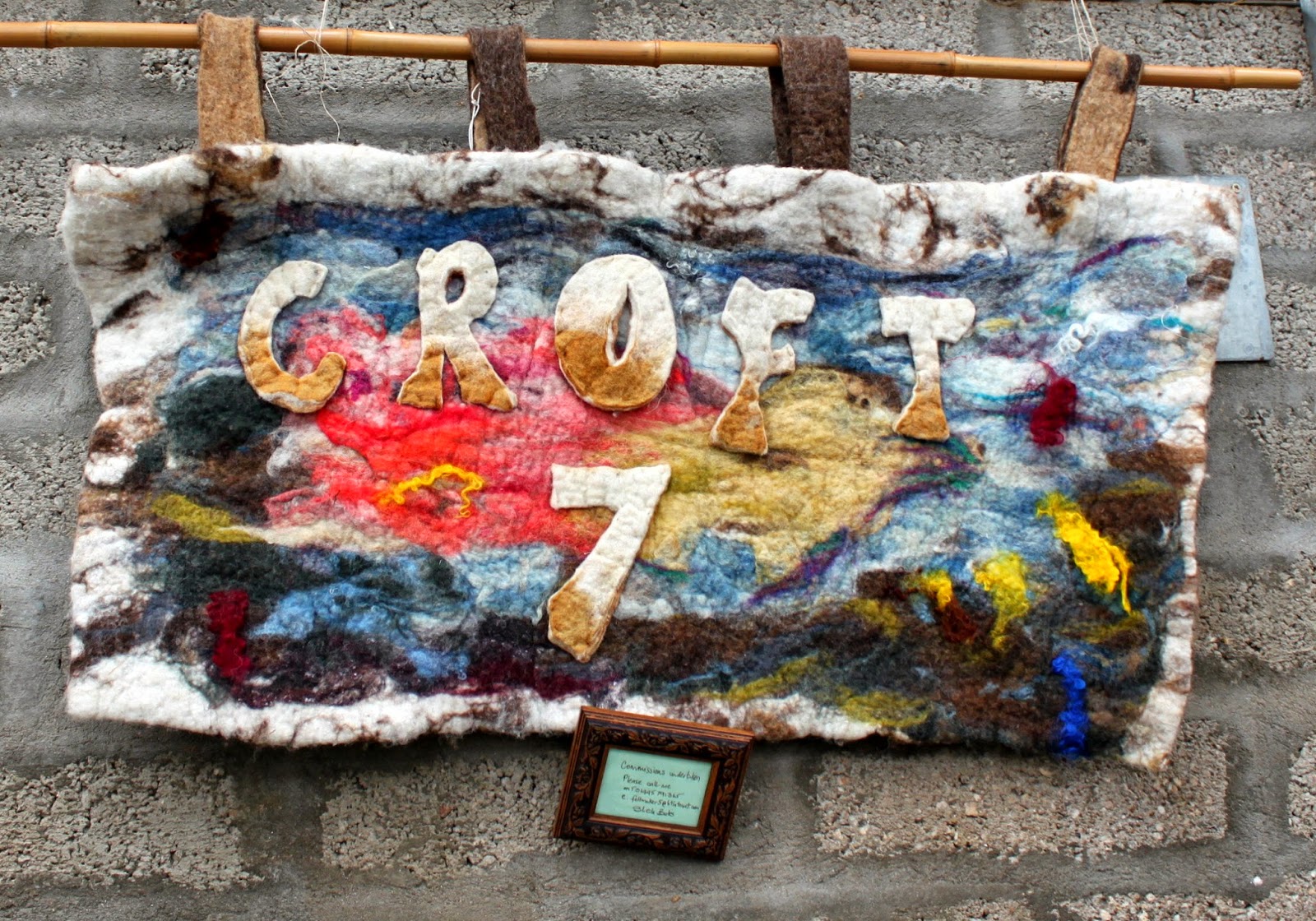 The dye colours are created from plants, flowers and berries sustainably gathered from the hills or especially grown in her garden. 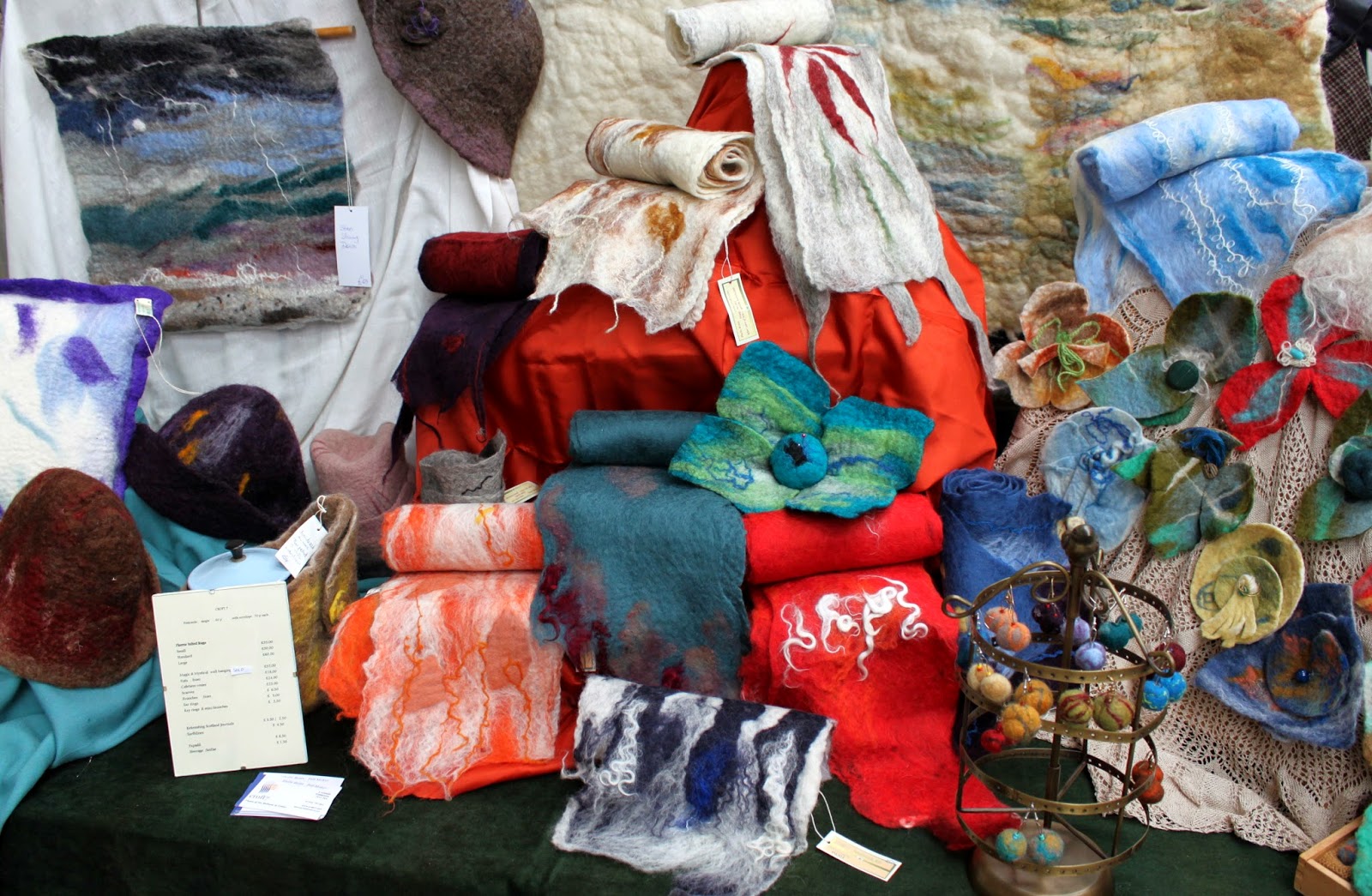 Knockando Woolmill
Knockando Woolmill is based in the heart of the Speay valley. It's restored buildings and machinary were reopened to the public in 2014 and continue the tradition of spinning and weaving in the UK's oldest surviving district wool mill. 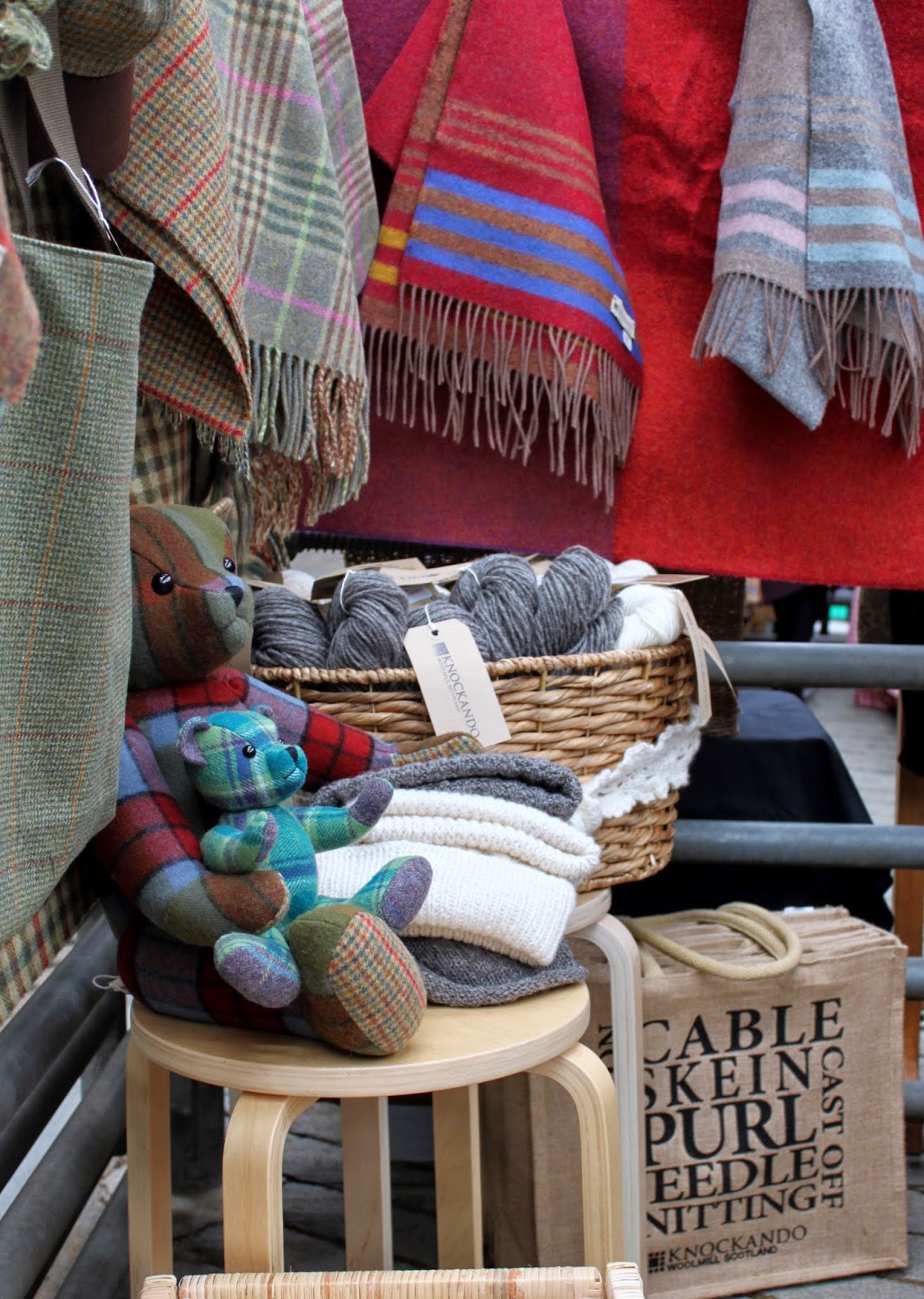 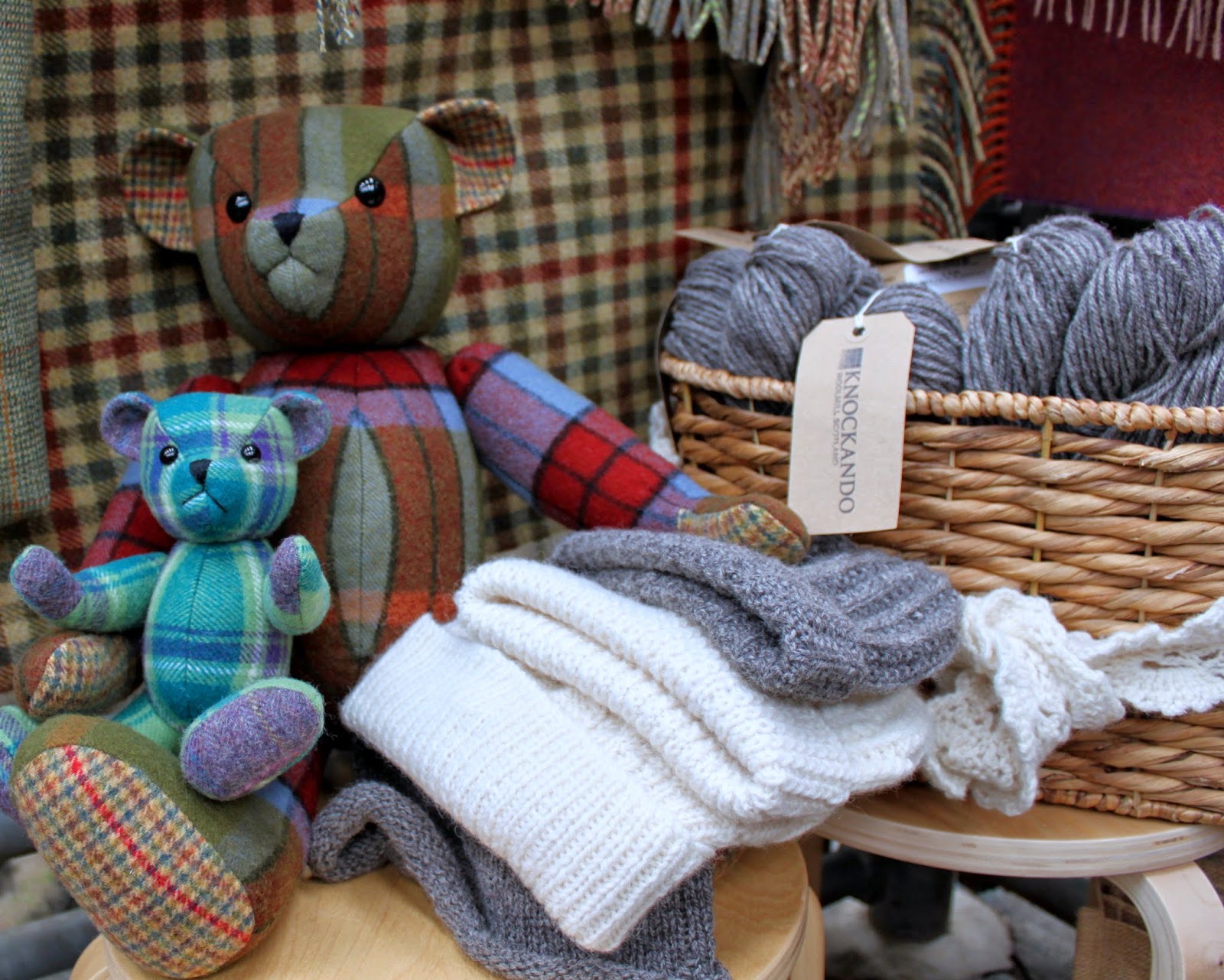 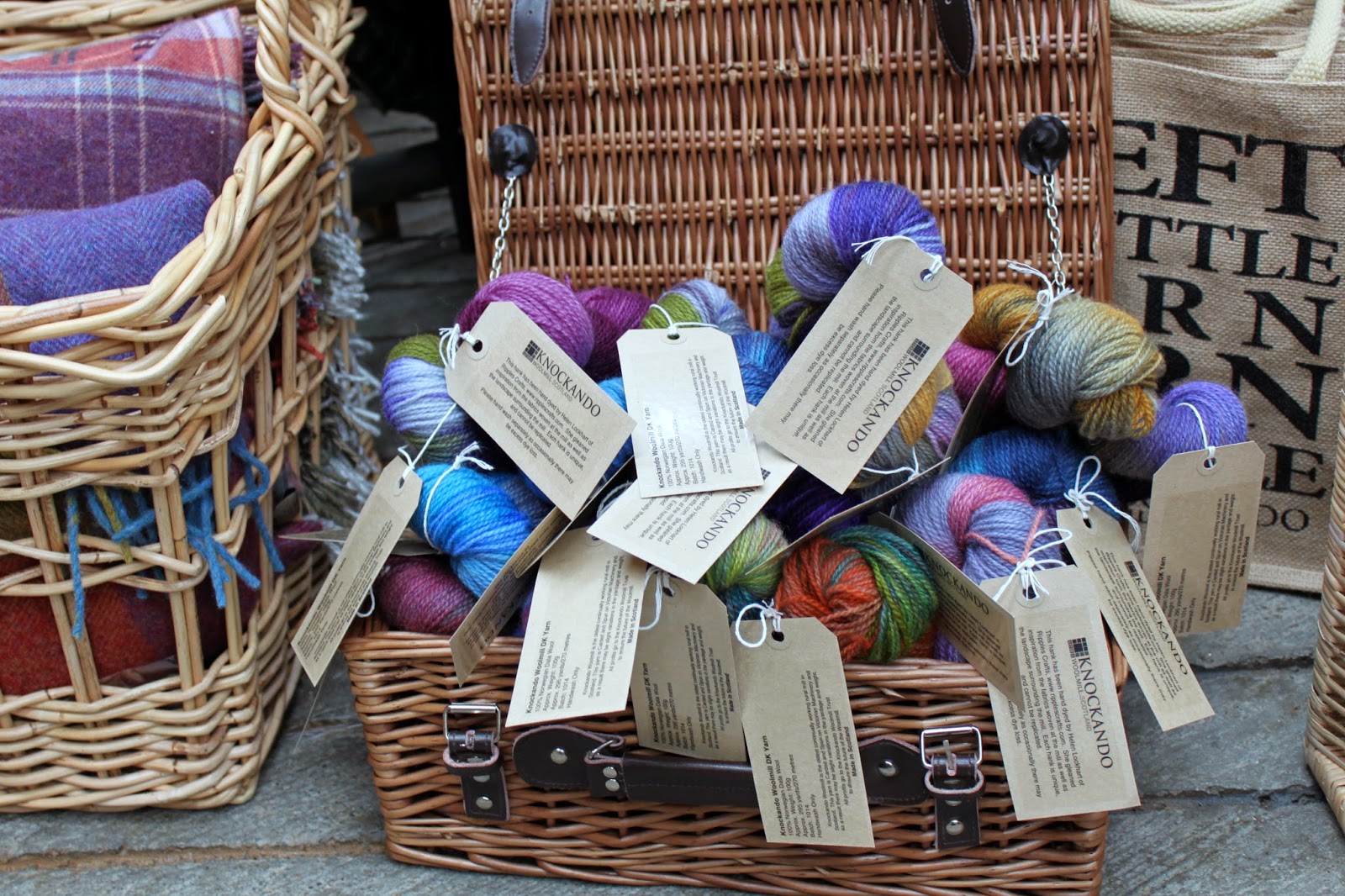 I'll have more photos of the stalls later in the week. Hope you enjoyed this quick look at a few of the  woollen crafts at the festival.

Email ThisBlogThis!Share to TwitterShare to FacebookShare to Pinterest
Labels: out and about

Thank you for taking the time to leave a comment. 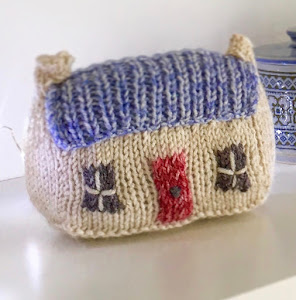 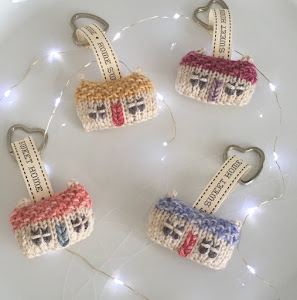 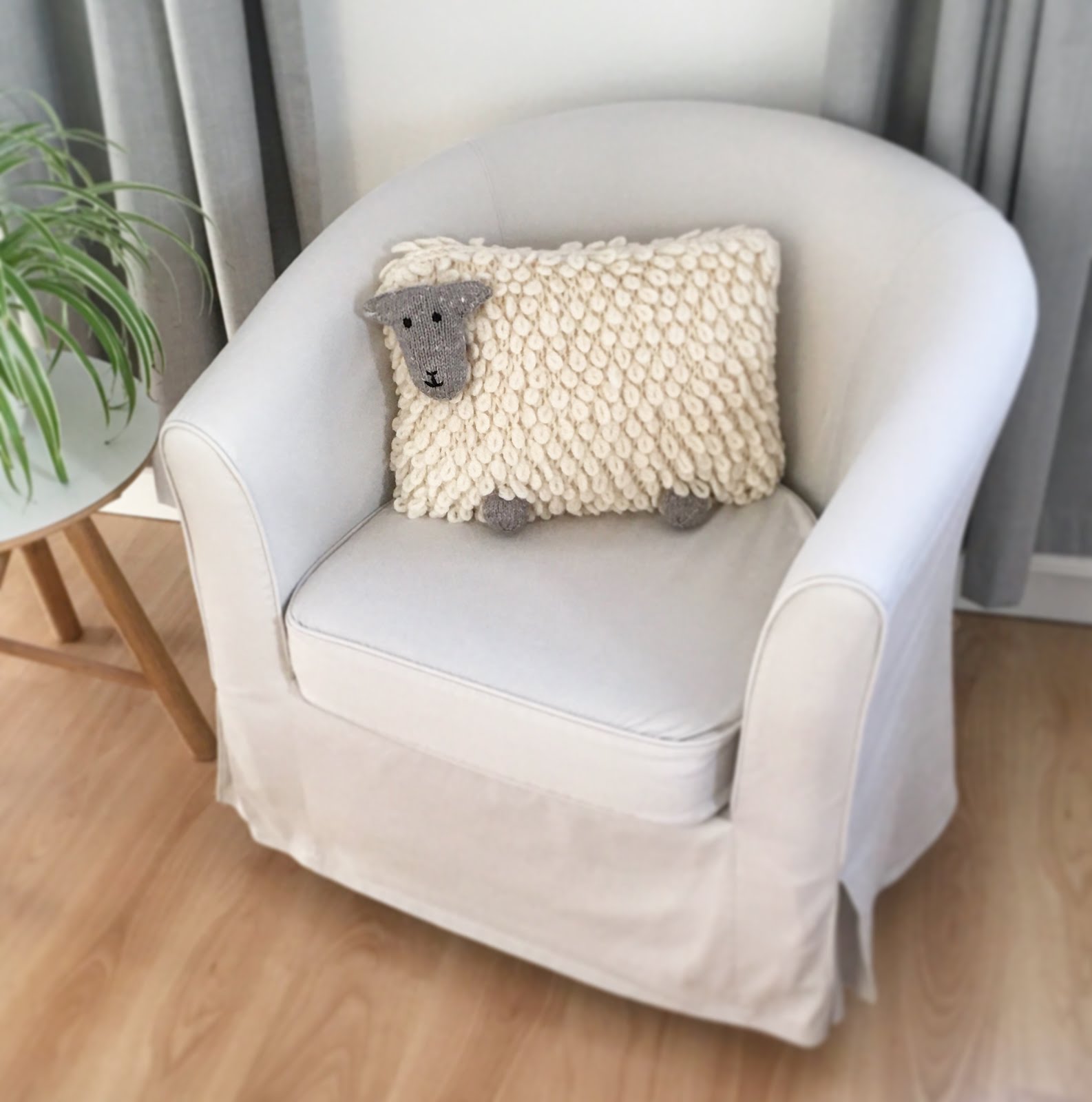 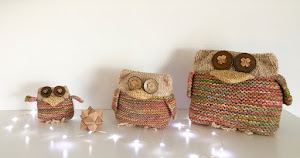 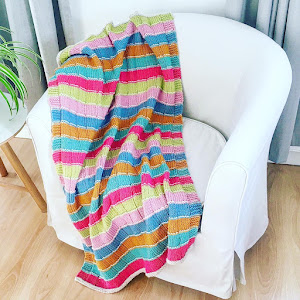 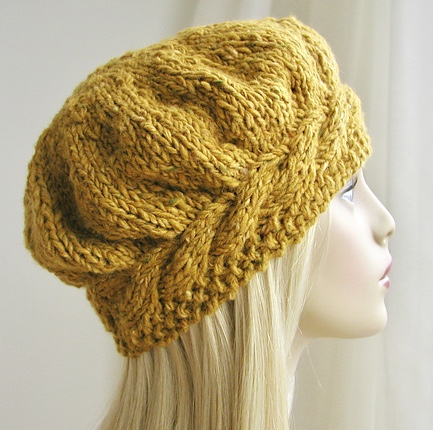 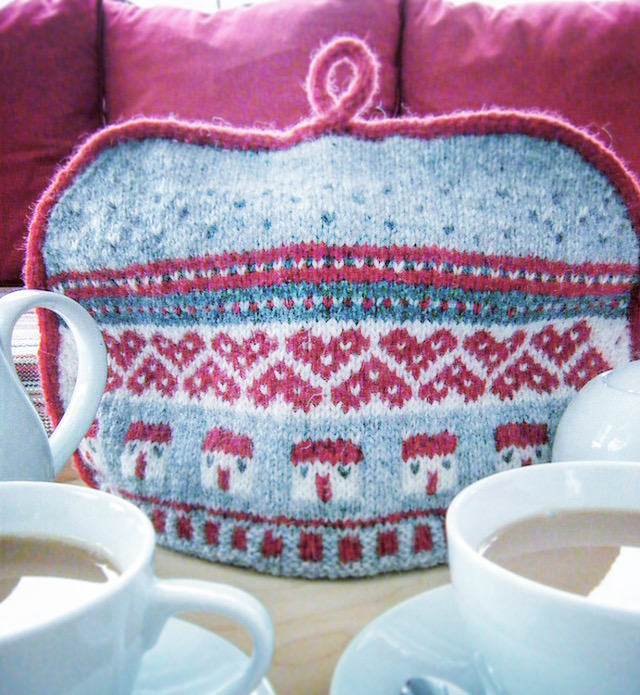 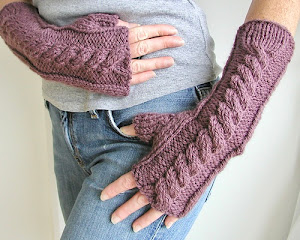 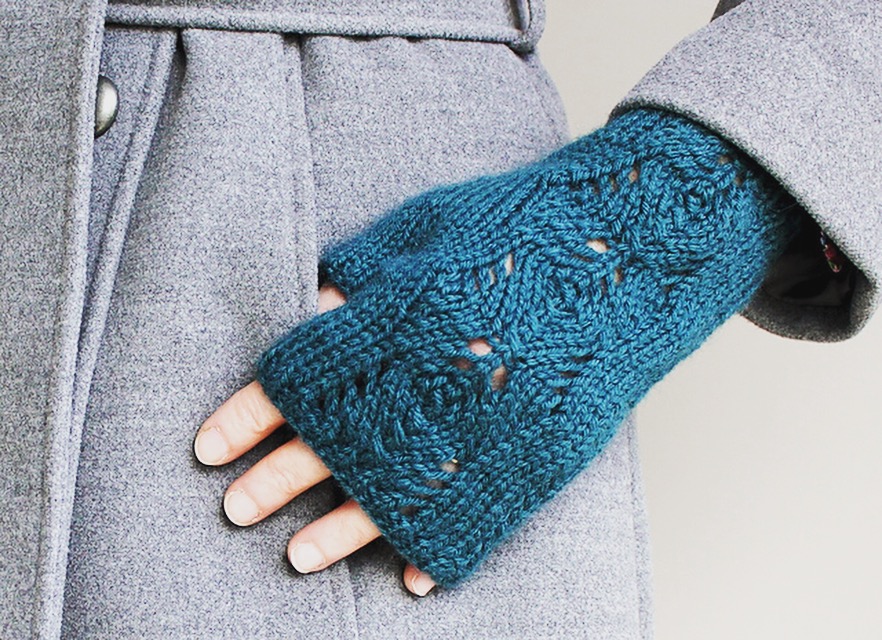 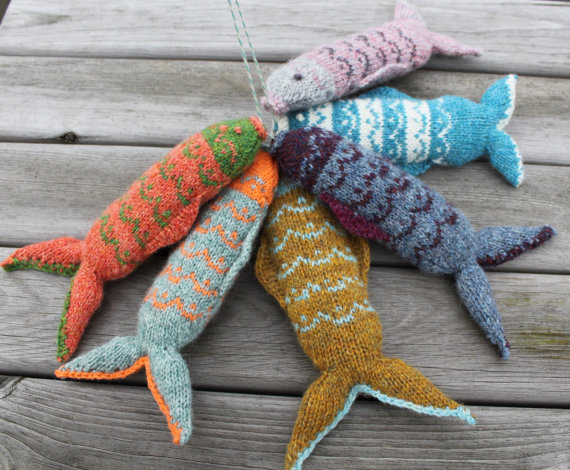 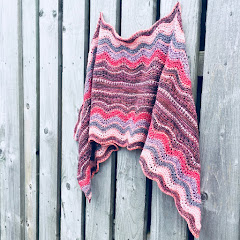 Subscribe to receive notifications of new posts by email. 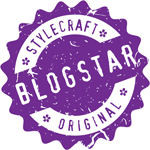 All text and images used on this site are my own and are copyright Hand Knitted Things unless otherwise stated. You are welcome to link to anything but I would request that you seek permission before reproducing any text or images.